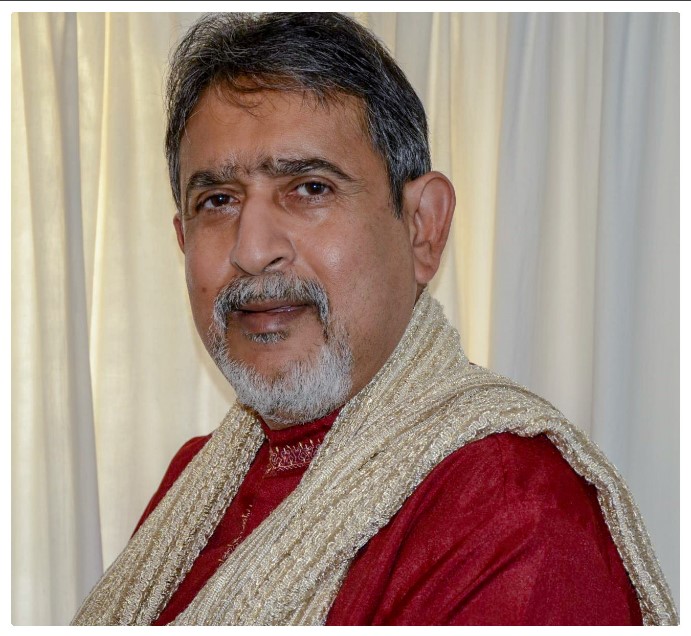 “Women were forced to work on farms just days after birth and they had to leave their crying babies at the fringes of farms, not allowed to feed them….Most suicides were by hanging, committed in early mornings. When the feet touched ground because the rope was too long, the victims folded their feet- so great was the desire to die and escape from a barbarous and inhumane system of girmit-the indenture.”

That is the stolen history of girmit, the indenture system that was told by Rajendra Prasad, author of “Tears in Paradise -Suffering and Struggles of Indians in Fiji 1879-2004.”  People in audience could be seen wiping their eyes. Indeed it was a tearful day to remember those who suffered to make sure the new generations never went through the same sufferings. The occasion was the first Girmit Remembrance Day at Mt Albert in Auckland, organised by Waitakere Indian Association Senior Citizens group on 20 May, 2012.

Rajendra Prasad is a third generation Indo-Fijian – a descendant of Indian indentured labourers, who were recruited by the British to work in the sugarcane plantations in Fiji during the indenture period in Fiji from 1879-1919. He was the Town Clerk of Ba (1972-1987) and in 1974, while on a course to study local government management in Delhi, India, he located his roots. Through his inspiration and experience, he ventured to write and research for seven years (1997-2004). He has accomplished paying, in a small way, his debts to his grandfather and all Girmitiyas by relating the sad tales of suffering, in his book.

He told that on 14 May 1879, the first sail ship Leonidas sailed into Levuka Harbour in Fiji and disembarked 479 Indian indentured labourers. It followed 86 other coolie ships that transported 60,553 Indian indentured labourers to Fiji. Most of them were employed by the CSR Company on its large sugarcane plantations or the sugar mills. The Girmitiyas served their indenture under horrific conditions, which resulted in Fiji recording the highest rate of suicide in the world during that period. The victims were deeply traumatized as physical and mental violence to men; women and children were ruthlessly administered. Fear and apprehension saturated their lives and they could not resist the evil system.

Our community paid a very heavy price and was systematically robbed of billions of dollars. Legally, there is no recourse to seeking justice but that does not absolve the British from its moral obligation to accept its iniquities and to express its remorse,” said an almost tearful Prasad and this also left other with tears.

Devakar Prasad, former deputy general manager of Radio Fiji, who headed 100th Anniversary Girmit Remembrance in Fiji in 1979, had visited India to research and put together a 45 minute musical-historical presentation of Girmit. He gave a brief synopsis of his recording on girmit and promised to present the musical in a later event. He also suggested the Girmit Remembrance does not always have to be an occasion to cry, but also to celebrate the sacrifices, perseverance and foresight of their forbears. They were adaptable people who shed off old hang-ups and started afresh what we call a distinct new culture and language -Indo Fijians, or Fiji Indians.  A resolution was passed in public discussion that May 14 would be Girmit Remembrance Day, marked every year and it was agreed to form a trust or specialist group, under leadership of Waitakere Indian Association, to promote the knowledge and history of indenture.

It was not only a day for organisers and its speakers, but a day where the chief guests were the descendants of girmitiyas eighty years and over. And there were many of them brought by the helping hands of their children and grandchildren.

Subhag Wati rendered the old sohar (traditional wedding song) at the rhythmic accompaniment of claps by the audience while Lal Bahadur took us to the “coolie’ lines of girmit era with birah sung with energy and tune of that girmit era. Pundit Sharda Nand Maharaj, Narain Prasad and Kapil Deo Singh told us about the old tales, and showed newspaper clips and evidence of old records. Niyaz Begum Shariff, sister of Fiji parliamentarian and community leader, Chirag Ali (CA) Shah told history of her family.

The day was not only confined to the sad tales of the Elderlies, but also shed light on the perception of new generation on indenture. A speech, written by Waitakere Hindi School student, Praval Tahal and delivered by a first year Auckland University student, Hasmita Singh told that girmit was a day for reflection not only on the atrocities that our forebears were subjected to but also on their resilience and perseverance in moving towards a better future. “We must also reflect on the positives that have come out of the Girmit System and not dwell overly on the negatives that are bygones,” Hasmita told in her oratory.

The message from new generation is that Girmit Remembrance Day for them is a day for thanksgiving. For these fifth generation descendents of Girmityas, their forefathers are regarded as great adventurers, visionaries and pioneers to whom they are grateful for shaping them into what they are today. They are grateful that their “real heroes” left their place of birth and sailed away to a foreign land to seek a better life for themselves and their future generations, while preserving their religion, culture and language. For these, they are grateful.

Girmit Remembrance Day in Auckland was not a fundraising event, it was neither a Bollywood entertainment or a day devoted to singing and dancing, nor was it a day for politicians and big shots. It was a day devoted to our elderly people. It was a day when the Elderlies were honoured, treated as chief guests, heard, forgotten history was told, old Girmit songs were revived and perceptions of the new generation were heard. It was an occasion where adults and children of Waitakere Indian Association took an opportunity to serve the first generation of girmitiyas with food, savouries and most importantly, love and honour which their parents were denied in girmit. It is hoped other Indo Fijians around the world will mark this day in this theme. A register of people over eighty (80) has been established and these people will be honoured by especially inscribed medals.  Those present resolved that the tales and music of girmit should resound everywhere descendents of girmitiyas are settled as 14th May every year has been declared GIRMIT REMEMBRANCE DAY.

May the souls of departed Girmitiyas and their descendants rest is peace, and receive salvation.